Looking to the Future — News from the training center 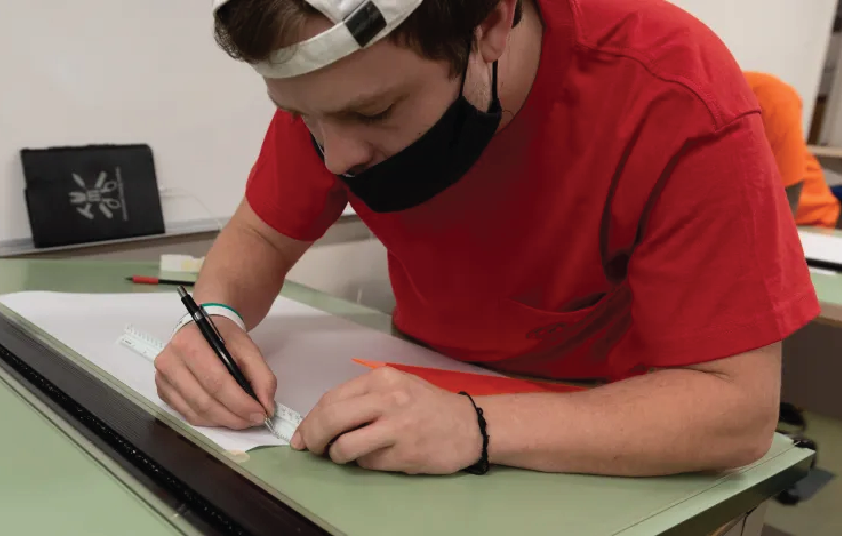 Like many young people, when he graduated high school, Dillan Gresham was unsure of not only what he wanted for his future, but also how to get there once he decided.

Also like many young people, Dillan enrolled in college filled with uncertainty. He obtained an associate’s degree, but still didn’t know where he was headed in life.

“I didn’t see where my path was leading to,” he remembers. “I didn’t want to be in debt going to a four-year school and not really see where I was going.”

Dillan took a restaurant job before a friend encouraged him to look into an entry-level position with W. E. Bowers in Beltsville. He applied and was hired as a helper. After learning about SMART 100’s apprenticeship program, he took the test and is now in his second year as an apprentice and excited about his career and his future.

“You have a structured path leading you to success,” Dillan says. “What you learn here, you take into the real world. You get all the training. The classes we take are college classes, but we don’t pay for it. There’s no debt. And we get a $2 raise every six months for five years. I don’t know of any other company that does that.”

The early morning schedule was an adjustment, but now he enjoys starting and ending his workday early, leaving him time in the afternoon for himself. The pay and security are important, of course, but as a former college student, Dillan is most excited about learning the trade every day.

“I like going to work. I am excited to go to work every day,” he says. “Out in the field, it’s something different every day. That’s something to look forward to. There’s so much room to learn. It’s not like a 9-5 job where you’re just sitting at a computer and you’re kind of dreading the day. You’re constantly learning.”

His only regret: not joining SMART Local 100 earlier.

“If I could go back in time, I would have joined the union right out of high school,” he said. “It’s not just the money, it’s because I like going to work.”

Back to Latest News